Pancake or waffle maker: which one to buy? 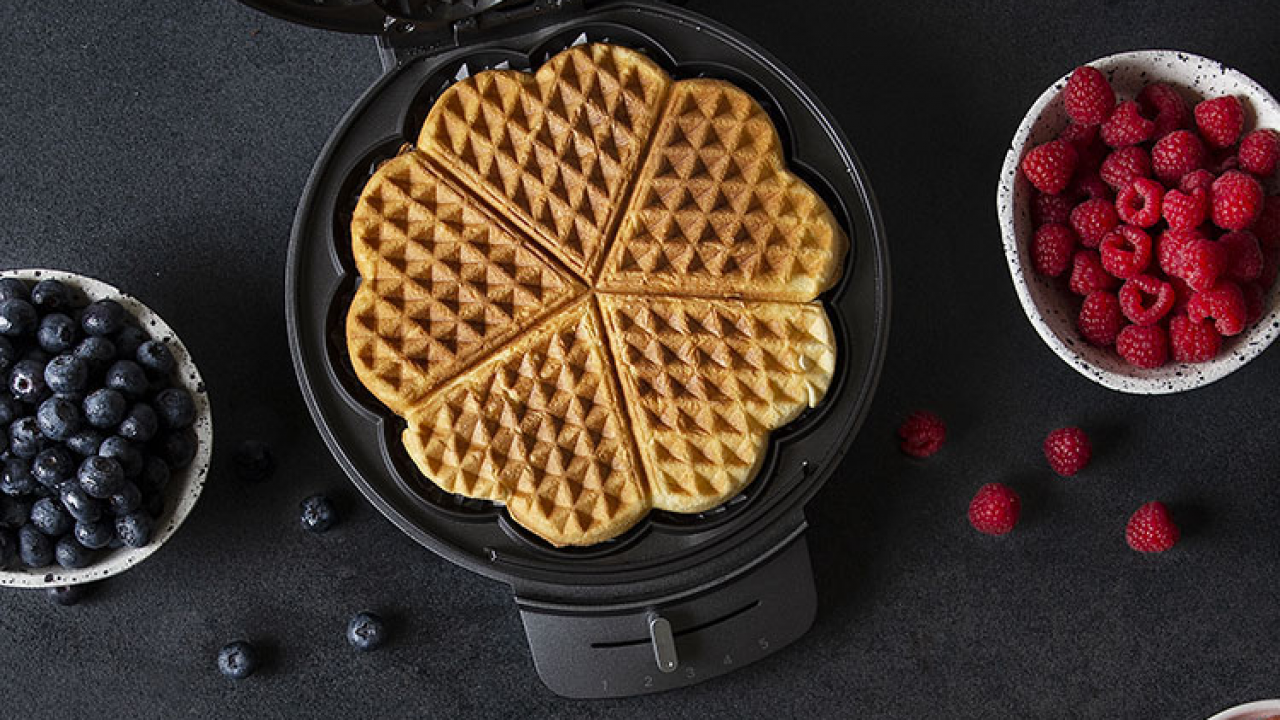 Waffles and pancakes are increasingly popular — and for good reason. For this reason, we also want to have the equipment to make these sweets at home. Not being able to have both, which one to choose: a pancake maker machine or a waffle maker machine ?

The ideal would be to have a kitchen with all the existing equipment , so that we could cook whatever we wanted in the best way. The reality is that this is not possible, which forces us to choose. If you love waffles as much as pancakes and don’t know which appliance to choose, we’re here to help.

Pancake vs waffle maker : the differences

It is no coincidence that there are different equipment for making waffles and pancakes. Although there are infinite recipes to make both, the truth is that the dough can be exactly the same, the way it is treated and cooked will produce different results, and we are not just referring to the appearance: it is interesting to realize that the shape also changes the flavor.

Waffle machines are kitchen appliances with two metal plates that compress the dough in a honeycomb or grid pattern, resulting in golden, crispy and very tasty waffles .

Pancake maker machines have a flat non-stick surface, which cooks the dough and delivers fluffy and delicious pancakes.

Anyone who appreciates the taste of a waffle won’t trade it for anything. That flavor can only be achieved with the machine designed for this purpose. For perfect and fast results, only a waffle maker will have the desired effect. These devices are also responsible for the sweetest flavor and crispest texture.

The dough that results in waffles can even be the same as pancakes — made up of the same ingredients — but you won’t be able to make waffles in a pancake machine due to the design of the surface contacting the dough.

Pancake machines, when compared to a waffle maker , are more versatile appliances. It should also be noted that they are easier to clean, both because of their design and the non-stick and flat surface that make it easier to clean the grease. Some plates are removable and dishwasher safe .

As for the time it takes to make each of these snacks , it will depend a lot on the model and brand. That said, generally speaking, waffle makers usually deliver the final result in just four or five minutes, while pancake machines need a little longer (about 10 minutes).

Which will be most useful in your kitchen?

Although both machines can be used for other confections in addition to their original purpose, the truth is that in everyday life they end up being more used for the reason they were designed.

That’s why these are very useful equipment in the kitchens of those who make these snacks with some regularity. But regarding the choice between one and the other, there is not exactly a factor that helps you make the decision without a doubt. The answer has a lot to do with your personal preferences and which of these sweets you like the most and you will end up making it more often.

So is one machine better than the other? No, they are just different. For different purposes and with different results. It all depends on the use you intend to make.

How to Love Someone Deeply: 12 Tips to Make It Last

Car Battery Keeps Dying? Here Are Some Reasons Why

How To Memorize Quran At Home?

How does packaging creates excitement for the customers?

Dedicated Server India at An Economical Price By Serverwala

What is a network administrator?