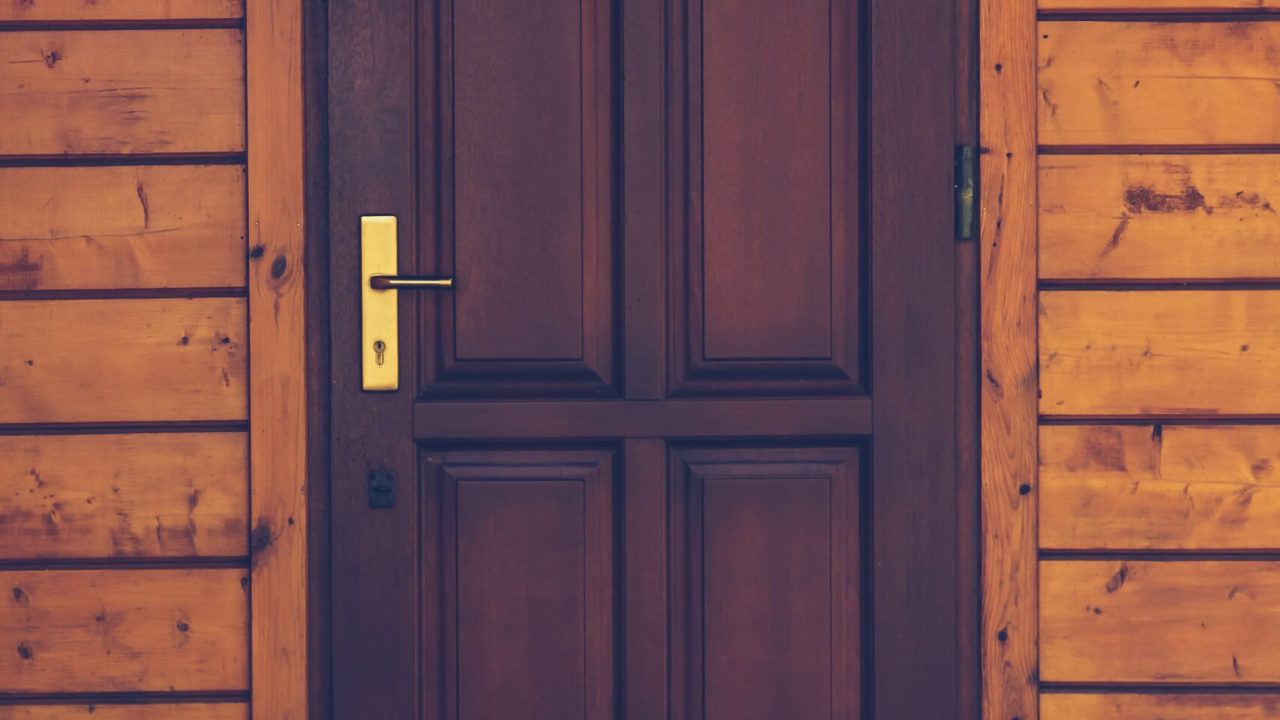 A little something about doors:

During the earliest days, when men used to live in caves, they had no protection against the predators that would hunt them down indiscriminately and gain entry into their rock holes and mud huts while they lay asleep, defenseless. As man understood the importance of doors, they set to work to make the most of them. Initially, doors were as simple as sticks and logs tied together, or a leather flap stitched together to keep the rain and harsh sun out. With time, as mud houses and stone caves got replaced by castles and rock huts, doors evolved alongside. Timber and hardwood was often the main ingredient that went in the making of the doors in the middle ages, while the castles had reinforced steel binding gigantic logs together.

Although times have improved, it goes without saying that the importance of doors is paramount when it comes to ensuring the safety of you, your family, and your business. So when you are choosing your door, we trust you to look for the best options available in the market.

The primary essential purpose of a door is security. It does so by allowing or preventing access to the doorway leading in and out of an establishment. Needless to say, the access is controlled by the authorized owner of the establishment. Speaking in technical terms, a door is a panel that is attached to the portal of a building, room, or vehicle. Due to the diverse range and types of doors, they come in all shapes and sizes, made as per the requirements of the owner. They are generally made of a material suited to the door’s task.

What goes in the making:

Normal doors in between rooms are made of thin plywood, main entrances usually thick timber whereas bank vault doors are bulletproof steel. Doors are commonly drilled into the walls and attached by hinges. But in some cases, like store doors and household doors in countries like Japan, one can move by other means, such as slides or counterbalancing.

French doors, everything you need to know:

If we are to talk specifics, let us take the French door for example. To put in short, French doors can be defined as a door, usually one pair, of light construction with glass panes extending for most of their length. A French door consists of a frame around one or more transparent or translucent panels usually referred to as lights or lites. The lights have the provision of being installed as singles, in similar or contrasting pairs, or even as a series of similar or mismatching ones, depending on the client’s taste. Their light framework and exquisitely sophisticated looks come with the versatility of a wide range of customization depending on the owner’s taste. The frame has the usual requirement of what is known as a weather strip at ground level and the point where the doors converge to prevent water from seeping through. A specific type of screw, technically known as an espagnolette bolt, may be used by the builder to let the head and foot of each door be secured in one movement. The slender window joinery, that is the wooden or aluminum frame that holds the glass together allows almost all of the door to be transparent, hence allowing maximum light to pass through into the room and minimizing the visual obstruction made by the doorway joinery when an external perspective is taken into account.

If you happen to be googling French doors Melbourne, looking to give your home a French look, we have the perfect agency to hook you up with your dream French doors. Rylock Windows and doors Eastern is the biggest manufacturer and supplier of aesthetic premium French doors in and around Melbourne. They have been catering to a legion of satisfied clients in and around entire Melbourne for over 20 years now.  Being in the business from as early as 1994, their reputation and work speak for themselves.

5 Things To Remember When Dealing With Water Damage At Home

How To Clean Your Own Carpets and sofa

These 3 Maintenance Tips Can Help You Avoid Plumbing Headaches

Five most essential hazard signages for any public space

The Complete Guide to Improving Your Spiritual Health

Franchise Business: Factors That Determine The Cost Of Buying A Franchise

Supercharging Your Productivity and Creativity with Blockchain Technology

Twin Flame Body Sensations: The Signs You Need to Know

Can you mix Delta 10 with Delta 9 for long-lasting relaxation?

Choose the best custom miniatures in 2022

WPC2027 Philippines Cockfighting Site: A Guide to Rules and Regulations